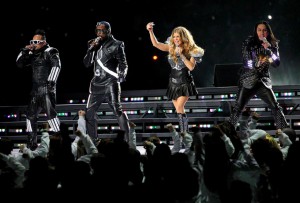 ATK Audiotek recently provided audio services for Super Bowl XLV, marking the 14th straight year the company has been involved in the country’s biggest sporting event. Once again, ATK Audiotek deployed its custom-designed cart system with JBL VERTEC® line arrays for the Halftime Show and Post-Game Show of the Super Bowl, held at Cowboys Stadium in Dallas, Texas on February 6, 2011. The carts were also used for Lea Michele’s rendition of “America the Beautiful” and Christina Aguilera’s performance of “The Star-Spangled Banner.”

This year’s Super Bowl, broadcast via FOX Sports, was the most watched in history, viewed by an estimated 111 million people in the United States alone. eThe Black-Eyed Peas starred in the Halftime Show, which also included guest appearances by guitarist Slash and R&B singer Usher. The Post-Game Show included the Lombardi Trophy presentation, awarded to this year’s NFL champion Green Bay Packers.

For Super Bowl XLV, ATK Audiotek deployed its custom-designed cart system, which allows for easy setup between events, and quick transport of the VERTEC loudspeakers on and off the field. Each of the carts included five JBL VERTEC VT4889 fullsize line array elements, which provide an optimal combination of light weight, fidelity and output power capability, making them ideal for ATK Audiotek’s cart system. ATK also deployed additional VT4889 arrays that were suspended overhead to supplement the permanently installed system at Cowboys Stadium.

“The Super Bowl is one of the most unique and challenging events we handle every year, and our success hinges on our ability to not only provide high-quality audio, but to set up and tear down our systems within a very stringent timeline,” said Scott Harmala, CTO/VP Engineering, ATK Audiotek. “The VERTEC line arrays enable us to stay on schedule while delivering that requisite level of audio performance.”

HARMAN (www.harman.com) designs, manufactures and markets a wide range of audio and infotainment solutions for the automotive, consumer and professional markets – supported by 15 leading brands including AKG®, Harman Kardon®, Infinity®, JBL®, Lexicon® and Mark Levinson®. The Company is admired by audiophiles across multiple generations and supports leading professional entertainers and the venues where they perform. More than 20 million automobiles on the road today are equipped with HARMAN audio and infotainment systems.  HARMAN has a workforce of about 11,000 people across the Americas, Europe and Asia, and reported sales of $3.2 billion for the last twelve months ended March 31, 2010.  The Company’s shares are traded on the New York Stock Exchange under the symbol NYSE:HAR.