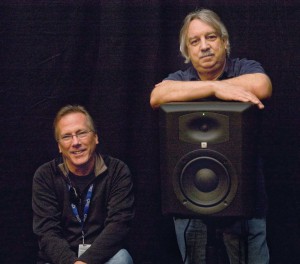 Selected for the ability to meet the requirements of the most demanding professional applications, JBL loudspeakers were used in both the arena and the critical listening room of the 52nd Annual GRAMMY® Awards telecast on Sunday, January 31 at the STAPLES Center in Los Angeles, CA. As has been the case for the past several years, JBL LSR Series studio monitors, VERTEC ® line arrays and VRX portable line arrays were crucial to the success of this year’s telecast.

The annual GRAMMY Awards telecast, known as Music’s Biggest Night® is presented by The Recording Academy®, to honor outstanding achievements in the production and performance of recorded music. The GRAMMY Awards were broadcast live in HDTV and 5.1 surround sound on the CBS Television Network

The star-studded production for this 52nd Annual GRAMMY Awards featured a host of live entertainers and celebrity presenters. Beyoncé was the biggest star of the evening, taking home six GRAMMY Awards, including Song Of The Year for “Single Ladies (Put A Ring On It).” Taylor Swift was also a big winner, earning Record Of The Year honors for “Fearless,” along with three other GRAMMYs.

Key members of The Recording Academy’s Producers & Engineers Wing® used JBL LSR6300 Series studio monitors for critical monitoring during the Awards telecast, which aired live on CBS. “As always, attention to detail is essential for the GRAMMY telecasts, and this year’s Awards were no different,” said Michael Abbott, Audio Director for the GRAMMY Awards. “To that end, we once again chose a 5.1 JBL LSR6300 Series Studio Monitor System to pick up every nuance of the performances, and they gave us exactly what we needed.”